Strawberry Shortcake Wiki
Register
Don't have an account?
Sign In
Advertisement
in: Characters, Introduced in 2007, International Characters,
and 2 more

Not appearing on show
Tangerina Torta, another new "Around The World" Strawberry Shortcake friend for 2006-2007, is a Latina girl with carrot-top hair, styled in a half-up half-down hairstyle. She lives in a treehouse in the Tangerine Bosque, a lush tropical rainforest, presumably in the Strawberry Shortcake version of South America, though no country name has been given. Tangerina has a pet monkey called Banana Bongo. Oddly, a similar monkey (with the same name) was a companion of Coco Calypso on the Seaberry Shore nearly a year before the introduction of Tangerina Torta and Banana Bongo. 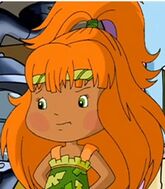 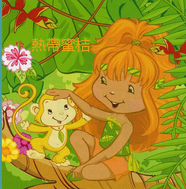 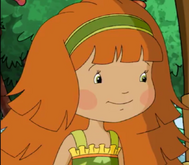 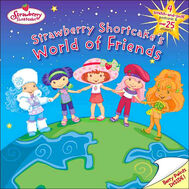 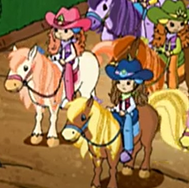 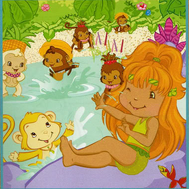