Strawberry Shortcake Wiki
Register
Don't have an account?
Sign In
Advertisement
in: Characters, Animals, Introduced in 1980s,
and 6 more

Pupcake is a dog who was originally owned by Huckleberry Pie in the 1980s renditions but was later owned by Strawberry Shortcake in both in the 2000s and 2010s renditions. He is happy, dumb, and energetic. Custard is reluctantly friends with him and in the 2003 series, Custard speaks and translates for pupcake.

Pupcake is a brown dog with green and white striped ears and tail. You can see that he is a living stuffed animal as he has stitches on him and ears made out of the same patterned fabric that is also huckleberry's scarf. He has a brown patch sewn over one eye. He has a short tail

Pupcake is a normal dog now, no longer stuffed. He is a short dog who's a bit fat, and has white fur and blue spots. His ears flop over and are blue. His tail is blue. A patch over his eye is shaped like a strawberry. He wears a collar with a Strawberry on it. His eyes are black or dark brown.

Pupcake looks the same as 2003 for the most part, but he's white with green patches. He has only one or two spots on his body now. He has blue eyes.

Pupcake is owned by Orange Blossom. They are a bright orange spotted long haired dog resembling Marmalade. Reminiscent of how Pupckae in the 80s had fabric that matched Huckleberry's scarf, Pupcake now has a bandana made of the same fabric of

In 2009, the 80s Pupcake design and him being Huckleberry Pie's dog came back. Though he was named Tom Tom so Pupcake owned by Strawberry Shortcake cound still exist. Tom Tom is a coonhound. He looks the same as 80s pupcake but he's not stitched he's real. 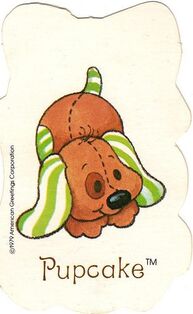 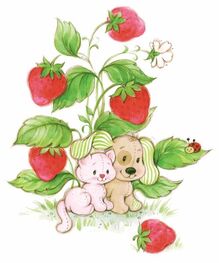 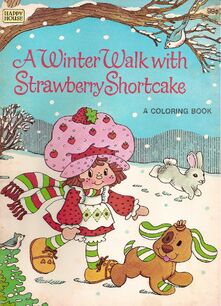 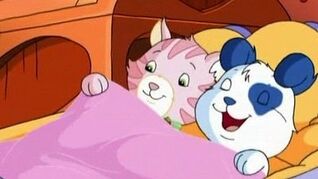 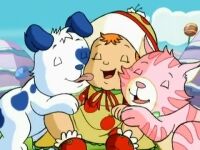 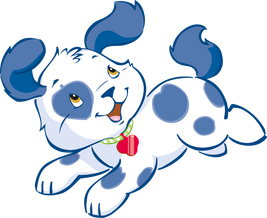 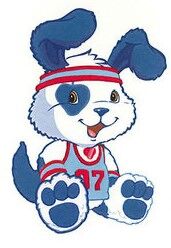 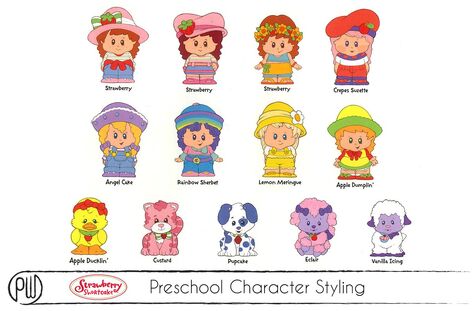 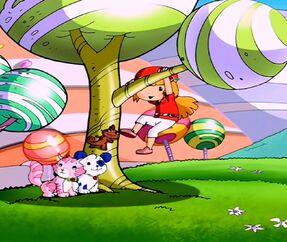 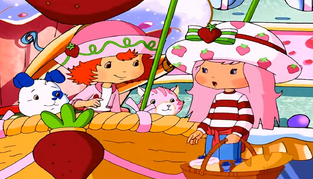 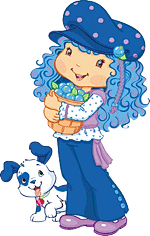 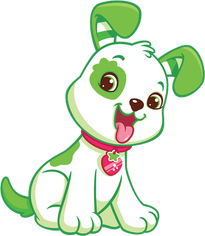 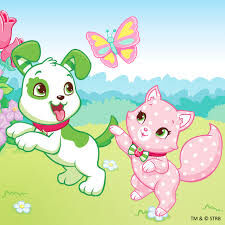 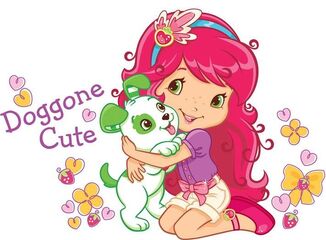 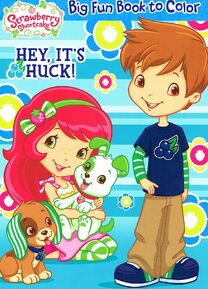